Termux Hacks Guide[2019 and beyond]

If you think Ethical Hacking is only restricted to use of Desktops or Laptops for that matter, think again because if you have observed the way I did, third-party developers have been playing a huge role in filling gaps during each stage of Technological Evolution. In this guide we will learn about various Termux hacks, termux tutorials, termux wifi hack commands list, termux guide, termux tools, apk & packages & termux uses.

A similar Third Party developer called “Anonymous” has developed a Linux-self contained App called “ Termux ” which is used to install Linux based apps in Android and helps in running pure Linux apps in Android.

Now you will be wondering why do I need LINUX apps?

LINUX has a history of being a programmer-centric so the purpose of TERMUX app is to help Cyber Security professionals in monitoring systems and Cyber Security practices like Penetration Testing through Mobile Networks.

Compared to the millions of apps in Google Play Store, which in Mr. Peters words are considered “ports” of Linux applications which are made in an Android way, TERMUX is a pure LINUX app having a platform independent architecture making it portable and compatible with even Windows.

Before we continue, a simple line explanation on its UI: its UI is command line interface based.

Think MS-DOS and all those computers of yesteryears which came before Windows and MacOS and you will know what I am talking about. No shiny icons or instructions. Just you and your skills.

PS. I have combined the info available on various websites in one place in proper sequence to make the process less time-consuming. 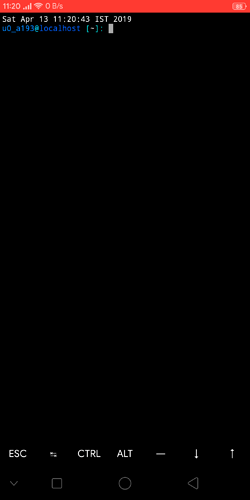 if you have root type:
tsu and allow access [DO NOT USE THE su COMMAND IT CAUSES A LOT OF PROBLEMS AND NEVER INSTALL OR UPDATE ANYTHING WHILE BEING ROOT!!] 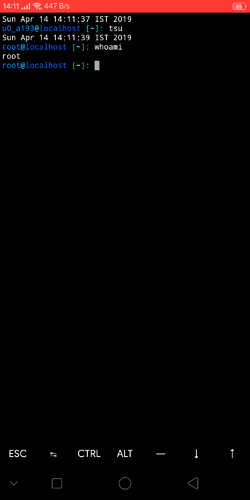 if you want sudo then run this: https://gitlab.com/st42/termux-sudo

if you want to install metasploit just type pkg install metasploit (DO NOT USE VARIOUS METASPLOIT INSTALLATION SCRIPTS AVAILABLE ONLINE UNLESS YOU OPENED THEM AND UNDERSTOOD WHAT THEY DO!!)
if you want to add root repos then :
pkg install root-repo termux-root-packages ~ Remove termux-root-package/s from this command if any errors are encountered.
These root repos will let you install the following :

A great person had once said: “With great power comes great responsibility” . Maintaining peace in Society is our responsibility. That’s why when you use apps like TERMUX do it for educational purposes and not for causing harm to anyone. Even before you think about committing such acts, spare a thought for your parents.

You also need the unstable repo to get a few of these applications and you never mentioned installing it.

You also need the unstable repo

Since you noticed he was missing something, how about give an solution to what you see as an mistake.

Ok not a problem just didn’t think of it.

AFAIK Metasploit comes from the unstable repo in Termux though I could be wrong.
It explains how to install this repo when you start up Termux.

To install the unstable repo

Guys please help, everytime I open termux app something appears after the date and time it says “thefuck : command not found”. Please help me guys i hate it xD

@SchwarzSterben please refrain from using abusive language , as for you problem you need to copy paste the entire error that you are receiving , so that we can help you . plz us ethe 6th icon in the reply editor interface to put in your code . It Will Appear like this!

my bad man, i solved it already, thanks anyway. I have another concern about bash: /data/data/com.termux/files/usr/bin/ tput: Permission denied everytime i run tsu that error appears.

it wasn’t an abusive language its an actual package called thef*** you can google it for proof.

Hmm could be a problem with your su binary…which rooting solution are you using?

I am using SuperSu, I am only having problem with tsu and tsudo. su command works fine.

Say, how did you fix that? The thef*** one? Also, when i followed the instructions, it came up
bash: thefuck: command not found
u0_a***@localhost [~]: tsu
/data/data/com.termux/files/usr/bin/tsu: 144: exec: : Permission denied what do i do?

The solution to “thefuck : command not found” is to install thefuck

You can install it using this:
pip3 install thefuck
And thanks a lot for the post

The fuck command not found i tried pip3 install thefuck
Noy working i also edit bash.bashrc
No use
Please help thanks

The fuck command not found i tried pip3 install thefuck
Noy working i also edit bash.bashrc
No use
Please help thanks

If you face this error: pip3 command not found

Broi try but getting error please review thanks

During handling of the above exception, another exception occurred:

May be you are using incompatible python version, try to install python 3.7.4 version.

In latest version of python, it takes some time for developers of modules to make it compatible with latest python version.

Also try to download offline module if case any module/dependencies failed to install.

This is the link where you can download offline modules
https://www.lfd.uci.edu/~gohlke/pythonlibs/