What is the quote that motivate for hacking

For those who cares about attacking more than being anonymous 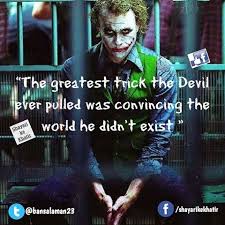 A lot of hacking is playing with other people,
you know, getting them to do strange things.

My actions constituted pure hacking that resulted in
relatively trivial expenses for the companies involved,
despite the government’s false claims.

As a young boy, I was taught in high school that hacking was cool.

I started by hacking around the back yard in Richmond.

Air warfare is a shot through the brain,
not a hacking to pieces of the enemy’s body.

Every once in a while, something happens to you that
makes you realise that the human race is not quite
as bad as it so often seems to be.

I have this extraordinary curiosity about all subjects
of the natural and human world and the interaction
between the physical sciences and the social sciences.

There are a thousand hacking at the branches of evil
to one who is striking at the root,
and it may be that he who bestows the largest amount
of time and money on the needy
is doing the most by his mode of life
to produce that misery
which he strives in vain to relieve.

If you were just intent on killing people you could
do better with a bomb made of agricultural fertiliser.

Cutting up fowl to predict the future is,
if done honestly and with as little interpretation as possible,
a kind of randomization.
But chicken guts are hard to read and invite flights of fancy or corruption.

The hack songwriter will write the absolute truth every single word,
whether it makes a great song or not.

Hack fiction exploits curiosity without really satisfying
it or making connections between it and anything else in the world.

I used to love Woody Allen but feel he’s become a hack as a director.
Bullets Over Broadway is the only film of his I’ve
enjoyed in the last 10 years.

Actually I like the idea of being a Renaissance hack.
If tombstones were still in style, I would want to
have the two words chiseled right under my name.

No nose hair.
Ever.
You’d be surprised at all the little twigs sticking out.
I just can’t get it.
How can you see that and not just want to hack it off?

If you hack the Vatican server, have you tampered in God’s domain?

I don’t know a lot of agents like Al Hack.

Make them laugh, make them cry, and hack to laughter.
What do people go to the theatre for? An emotional exercise.
I am a servant of the people.
I have never forgotten that.

The difference between a top-flight creative man and
the hack is his ability to express powerful meanings indirectly.

I couldn’t do anything.
I’d work in a department store for a couple of weeks,
but I couldn’t hack it.
I couldn’t even type!
I had no skills whatsoever outside of show business.

We are a government of laws.
Any laws some government hack can find to louse up a man who’s down.

I would like to spare the time and effort of hack reviewers and,
generally, persons who move their lips when reading.

It’s not the daily increase but daily decrease.
Hack away at the unessential.

And it’s not that going out for a hack is wrong or bad,
I certainly don’t view it as that; it’s just that there’s
something about the dressage,
being put through your paces, that makes you better.

Any type of operating system that I wanted to be able to hack,
I basically compromised the source code,
copied it over to the university because I didn’t have
enough space on my 200 megabyte hard drive.

The idea of being in the State Department was exciting.
On the other hand, I always had in the back of my mind going into politics.
If I stayed in Washington, I might end up a government hack.

So in my sophomore year, I took a senior anatomy class.
I thought anatomy - being the thing that I should be most interested in -
and if I could hack,
as we called it, a senior class, I would continue.
I didn’t hack the senior class.

Have you ever found any logical reason why mutual promises
are sufficient consideration for one another (like
the two lean horses of a Calcutta hack who can only
just stand together)? I have not.

One time I can stand fiddling in front of the mirror
for an hour and another time I think:
well hack,
this is just the best it can get.
Only if I have to go to work I really try to look fantastic.

Ahh, Earth Day, the only day of the year where being
able to hacky-sack will get you laid.

I mean, the death in the late eighties and early nineties
really shook out a lot of hacks.
The pond just sort of dried up for a lot of really bad comedians.

Living in Washington, you can’t take politics too seriously.
I draw the line at honesty.
I have no time for political hacks who say things they
don’t believe because they get paid to.

I suppose it hacks me off sometimes when people go
on about all the other stuff,
because I have really worked hard at my game,
and I’ve been incredibly dedicated in getting myself fit,
and getting my game right.

I forged myself out of a vacuum.
I crawl along the highway on hacked off stumps year after year.
Some wonder how and why.
I never do.

Linux evolved in a completely different way.
From nearly the beginning, it was rather casually hacked
on by huge numbers of volunteers coordinating only through the Internet.

So Chuck and I looked at that and we hacked on em for a while,
and eventually we ripped the stuff out of em and put
some of it into what was then called en,
which was really ed with some em features.

Everyone thinks they’re going to write one book of poems or one novel.

Then again, my case was all about the misappropriation
of source code because I wanted to become the best
hacker in the world and I enjoyed beating the security mechanisms.

I’m a really good hacker, but I’m not a sensible person.

I think Linux is a great thing, in the big picture.
It’s a great hacker’s tool, and it has a lot of potential
to become something more.

In early 1993, a hostile observer might have had grounds
for thinking that the Unix story was almost played out,
and with it the fortunes of the hacker tribe.

The hacker mindset doesn’t actually see what happens on the other side,
to the victim.

Software Engineering might be science;
but that’s not what I do.
I’m a hacker, not an engineer.

If you give a hacker a new toy, the first thing he’ll
do is take it apart to figure out how it works.

The beginnings of the hacker culture as we know it
today can be conveniently dated to 1961,
the year MIT acquired the first PDP-1.

As a teacher you are more or less obliged to pay the
same amount of attention to everything.
That can wear you down.

Translation makes me look at how a poem is put together in a different way,
without the personal investment of the poem I’m writing myself,
but equally closely technically.

My mother was told she couldn’t go to medical school
because she was a woman and a Jew.
So she became a teacher in the New York City public school system.

Good writing gives energy, whatever it is about.

The ambiguities of language, both in terms of vocabulary and syntax,
are fascinating: how important connotation is,
what is lost and what is gained in the linguistic transition.

I worked at all kinds of jobs, mostly commercial editing.

There is something very satisfactory about being in the middle of something.

Clearly, once the student is no longer a student the
possibilities of relationship are enlarged.

There is a way in which all writing is connected.
In a second language, for example, a workshop can liberate
the students’ use of the vocabulary they’re acquiring.

I don’t think it’s by accident that I was first attracted
to translating two French women poets.

I don’t know whether a poem has be there to help to develop something.
I think it’s there for itself, for what the reader finds in it.

The phenomenon of university creative writing programs doesn’t exist in France.
The whole idea is regarded as a novelty,
or an oddity.

I think there is something about coming to a city to
work that puts you in touch with it in a different way.

Poetry seems to have been eliminated as a literary genre,
and installed instead, as a kind of spiritual aerobic exercise -
nobody need read it,
but anybody can do it.

The pull between sound and syntax creates a kind of
musical tension in the language that interests me.

You are almost not free, if you are teaching a group of graduate students,
to become friends with one of them.
I don’t mean anything erotically charged,
just a friendship.

The woman poet must be either a sexless,
reclusive eccentric, with nothing to say specifically to women,
or a brilliant, tragic, tortured suicide.

Paris is a wonderful city.
I can’t say I belong to an especially anglophone community.

A critical factor in its success was that the X developers
were willing to give the sources away for free in accordance with the hacker ethic,
and able to distribute them over the Internet.

Perhaps first and foremost is the challenge of taking
what I find as a reader and making it into a poem that,
primarily, has to be a plausible poem in English.

Also check this out: https://www.brainyquote.com/topics/hacking

Well, for me it’s pretty basic… “What would happen if…”